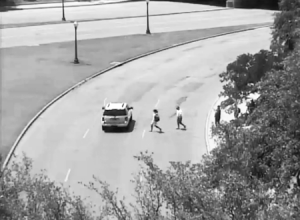 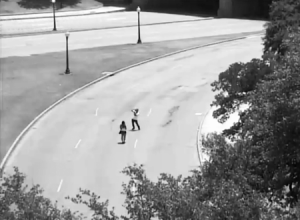 Dallas, Texas, Dealey Plaza. The site where John F. Kennedy was assassinated is a major tourist magnet. White Xes on the pavement mark the spots where the president was fatally shot – in the middle of a freeway on-ramp. Visitors often wait for a gap in traffic, hurry to one of the Xes, get their photos taken and leave the road before the next cars arrive. A webcam is positioned in a window on the sixth floor of the former Texas School Book Depository, the site where, on November 22, 1963, an assassin allegedly fired the shots that killed Kennedy as the presidential motorcade passed through Dealey Plaza. The camera’s perspective exactly matches that of the assassin: it now shoots the tourists shooting their own memorial photos, and we can watch this in real time.
Twenty-one pigment ink prints, 18 x 24 cm on 24 x 30 cm paper each, edition of 3 copies + 1 AP 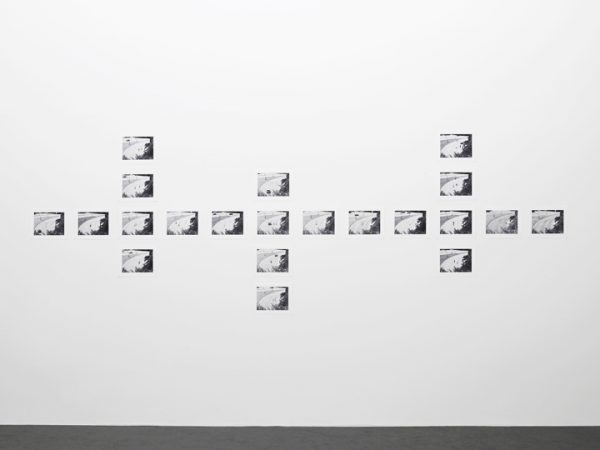