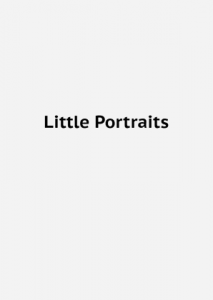 Samuel Little is a serial killer who was convicted of the murders of three women in California between 1987 and 1989 and one woman in Texas in 1994. He serves a lifelong sentence. In the spring of 2018, Little was hoping to move prisons. In exchange for a move, he was willing to talk. He remembers his victims and the killings in great detail. Little provided portraits of many of the women he killed. Some of these portraits have already helped identify victims. In total, Little confessed to ninety killings. Authorities have confirmed thirty-four of them. There are still a number of confessions that remain uncorroborated.
In 2019, the Federal Bureau of Investigation released twenty-six of Little’s portraits of unidentified victims.
2019
digital print, colour
14.8 x 10.5 cm, 64 pages
softcover, sewn
100 copies
16 €