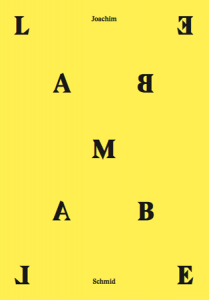 Three series of portraits, based on street photographers’ discarded negatives found in the streets of Belo Horizonte between 1992 and 2002.
The portraits in this book were made by anonymous “lambe-lambe” photographers in the streets of Belo Horizonte, Brazil, and were not intended to be seen by a larger audience. Their initial function was for private clients who were in need of portraits for various administrative purposes. The photographers had the habit of discarding their negatives in the streets where I collected this treasure. The photographers worked with extremely simple equipment and they processed film and paper quickly disregarding any archival considerations. Despite or maybe even because of the seemingly artless process the images are striking and powerful. As a group they form a randomly composed collective portrait of the population of a city, and they are documents of an era gone by, replaced by the clean process of digital photography that does not leave any trash in the street.
2014 by Editorial RM
book design by Astrid Stavro
text in English, Spanish, Portuguese
offset, colour
18.5 x 13 cm, 120 pages
softcover, sewn
1,000 copies
ISBN 978-84-16282-00-5
28 €