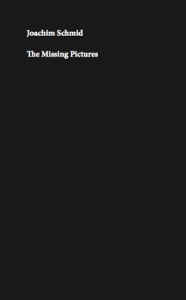 Between 2006 to 2008 I completed a series of works based on imagery found on the Internet. These works are a continuation from the Archiv project, altered to suit the circumstances of modern technologies. Digital photography, Internet, and photo sharing sites have created a new visual environment and new forms of producing, distributing and using photographs. Digital multichannel photo installations such as Netzerscheinungen and Reload were my response to this new situation, researching the realm of online photography for recurring motifs and patterns. A small selection of photographs incorporated into these works have been presented on my website. Since receiving several complaints by photographers who found their images on my site I have replaced the images with placeholders denoting a removed or missing image. This has also turned into a new book. The book contains the complete set of these icons indicating that something went wrong with a photograph. It goes without saying that these were found on the Internet as well, just like the photographs they replace.
2012 (the 2009 Blurb edition is discontinued)
print on demand, b/w
17.5 x 11 cm, 40 pages
softcover, perfect bound
open edition
12 €