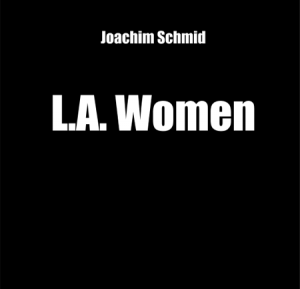 In December 2010, Los Angeles Police Department released one hundred and eighty photographs that were found in the possession of a serial murder suspect. All of them are photographs of women. These women may or may not be residents of Los Angeles, they may or may not be prostitutes (as were the women in the investigation). They may or may not be murder victims. We don’t know. We don’t even know whether the arrested suspect took these photographs himself.
Without knowing where the photographs come from, most of them wouldn’t be worth a second glance; for you and me, that is. Of course this is different for friends and family of the women depicted. And it is certainly different for the person who took these pictures. From the testimony of one surviving victim we know that the woman was first photographed, then shot, and then raped before she was dumped in the street.
Most of the women were clearly alive when the photos were taken; some are smiling, some are posing. Some appear to be asleep, they may or may not be sleeping the big sleep. Some of them may have been shot soon after or just before the photographer shot the picture. We don’t know.
It is actually the fact that we don’t know anything – apart from the context where these photographs come from – that makes them so eerie. We want to know more but the pictures don’t tell us. We look at them and they look at us. That’s all there is.
L.A. Women received an honorable mention in the 2011 Photography Book Now competition.
2011
print on demand, colour, uncoated paper
18 x 18 cm, 154 pages
hardcover with dust jacket
open edition
96 €
(a slightly different edition of 50 copies with one extra sheet was launched at the 4th International Photobook Festival Kassel in 2011)