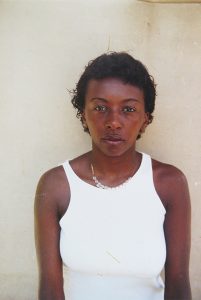 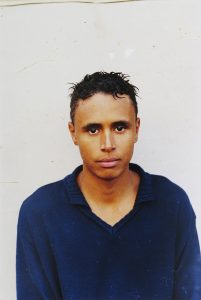 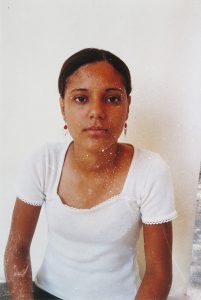 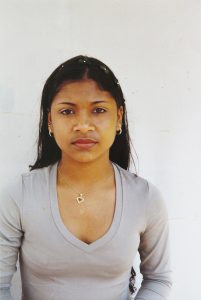 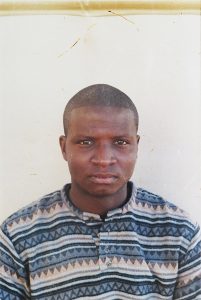 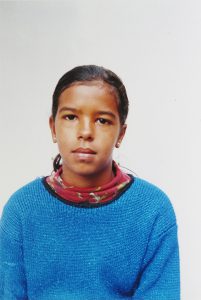 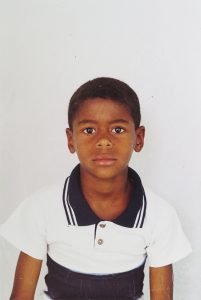 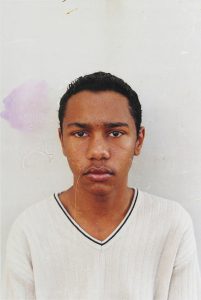 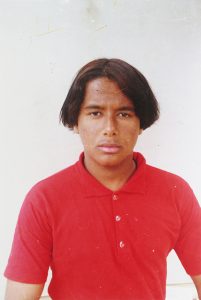 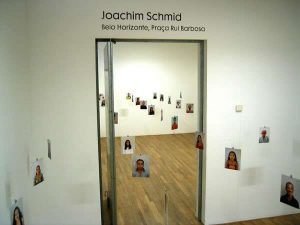 When I made my first trip to Brazil in 1992 I arrived in Belo Horizonte, a city as big as Berlin that most people have never heard of outside Brazil. In a public square in the center of this city I found a series of black-and-white portrait negatives. The photographers who made these portraits worked in the square using extremely simple equipment: a wooden box that served both as a camera and a darkroom. In front of a simple backdrop, photographs were taken with that box and developed inside it. The clients got their portraits after few minutes. The negatives were discarded. I collected these negatives and printed them. The title of that work is Belo Horizonte, Praça Rio Branco. In 1993 I made a similar work, Belo Horizonte, Parque Municipal.
Originally these portraits were taken for various administrative purposes, ID cards, driving licenses, and so on. People who are well off get their portraits taken in studios, and people who cannot afford studio portraits go to the square. The photographers do not give directions to the people depicted. They take plain, frontal, straightforward portraits.
When I returned to Belo Horizonte this year the photographers had moved to another square. And they had abandoned their primitive technique. They work in colour now using 35 mm cameras. After the photographs are taken they run to the nearest lab to get the strip of film developed and printed. The clients pick up their portraits about half an hour after they were taken. Negatives are still discarded. During my stay in Belo Horizonte I got up very early every morning before the street cleaners start to work, walked to the square and collected all the negatives I found. The result is Belo Horizonte, Praça Rui Barbosa.
JS, Berlin, September 2002

Photo-based installation consisting of 240 portraits, 24 x 18 cm each.
Ten selected portraits are available as c-prints (30 x 20 cm each on 42 x 30 cm paper, edition of 3 copies + 1 AP).
A selection of portraits was published in the book Belo Horizonte, Praça Rui Barbosa (2004).
Another selection is included in the book Lambe Lambe (2014).