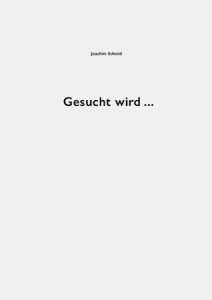 Gesucht wird … (Wanted …) presents found posters assembled in twelve countries around the world between 1983 and 2018. Spanning 400 pages, all were produced in the search for missing animals and mostly include cats, dogs, a few birds, and one ferret.
In the book, these posters are presented in the order they were found. The sequencing inadvertently reveals the creeping influence of personal computers in society, as expressive hand-written scrawls slowly give way to the clean, generic typefaces of Microsoft Word.
The longer I collected them the more I realized there’s probably no better way of showing the affection people have with their pets than a home-made poster. The self-made design and typography, the vernacular language used, and the snapshot quality of the photographs are endearing and expressive markers of that affection. With the latter, it’s possible to imagine that all the photos of cats and dogs in the world are only really ever made in case they one day have to appear on a Wanted poster.
2018
digital print, color
29.7 x 21 cm, 400 pages
softcover, sewn
25 copies
80 €